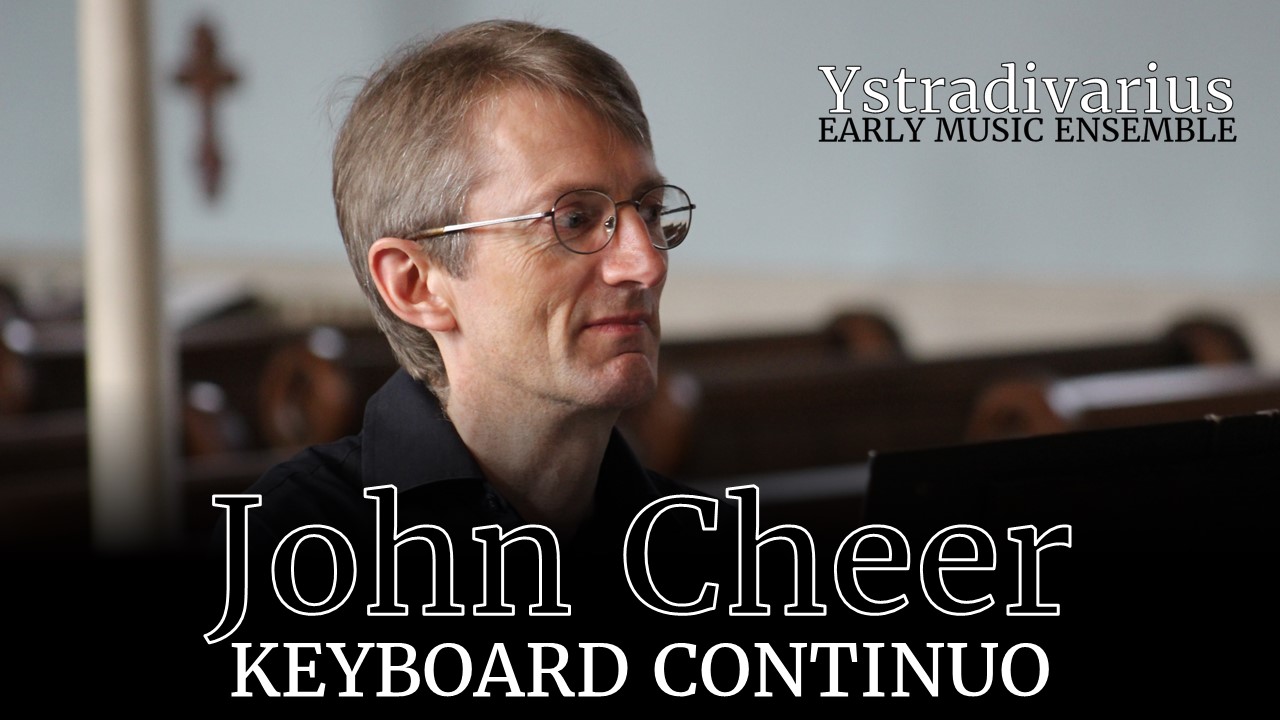 John Cheer studied organ with John Winter as a junior student at Trinity College of Music, London, and then with Robert Court at Cardiff University where he graduated in Physics and Music in 1989. A Fellow of the Royal College of Organists, John contributes to the music in a number of local churches and can also be heard regularly in BBC broadcasts such as Radio 4’s Daily Service. He has also worked with a number of choirs as accompanist. In 2009 John qualified as a Music Therapist, following training at the University of the West of England.  He now works for Bristol Community Health as a music therapist in the Community Learning Disabilities Team.